Millman Stepping Down After 29 Years at Chroma Technology

Paul Millman, who co-founded Chroma Technology Corp in 1991 and helped build the firm into a successful worker-owned enterprise serving the photonics industry, is stepping down as Chief Executive Officer, effective April 30.

Millman will be followed as CEO by current Chief Financial Officer Newell Lessell. Current Chief Technology Officer, Janette Bombardier, will add the role of Chief Operating Officer to her responsibilities.

Millman has been in a leadership role since the company started, essentially serving as chief customer officer on a global scale as the company grew to $34.5 million in sales in 2019.

Millman noted that "the next generation of leadership at Chroma is well suited to take Chroma forward. Newell Lessell was brought on with the idea that he would one day take over the leadership of Chroma. He has a long history in the employee-ownership movement. And it was a great day when former IBM executive Janette Bombardier agreed to join Chroma. There are very few with her experience in high tech manufacturing. We're really lucky that way."

Social justice is integral to the worker-owned concept at Chroma. Under its distinctive structure, Chroma profits are shared equally by workers in all job categories. That commitment also helped shape Millman’s role in the greater business community in Vermont. He was the 2016 recipient of the Terry Ehrich Award for Socially Responsible Business and served as a director of the Vermont Business Roundtable, Vermont Businesses for Social Responsibility, and the Vermont Employee Ownership Center.

Millman currently resides in Brattleboro. His future plans include permanent residency in Vermont, which he loves, where he will continue to work on the social issues facing his adopted state. 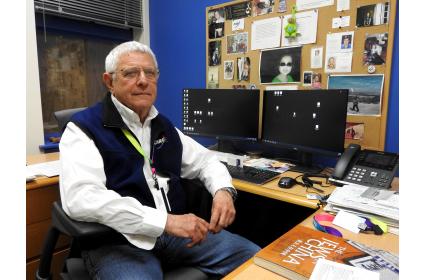 If you are a member of the press and can’t find something you need—or want to speak with someone from Chroma please contact us at media@chroma.com.